To Do: new hat is disassembled and needs to be sewn back together again

Updates since last photo: new hat as the last was ruined in a a house fire.

Millinery, glovemaking, corsetry and extreme amounts of beading went into making this outfit. Everything seen was made by myself except the shoes and even they were cut down and altered to the right shape with straps and beading added. The straps are functional but left closed for ease. The fishnet tights also were not made by me but the hosery underneath for support were custom decoloured as they were only available in tan.
Hair and make up followed that seen in the film which necessitated colouring my hair with temporary dye. It took five lots of colour to get the deep mahogany tones. 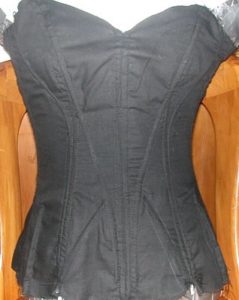 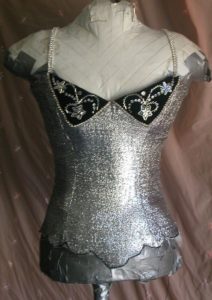 I then painted line guides for the scalloped design and hand sewed sequins all over it.

I also hand worked all the beading on the velvet border and lapels. 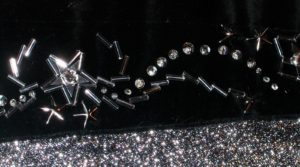 The tails were also hand sewn, I used a premade trim and added beads to extend them 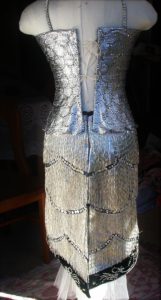 I also assembled the jewelry.

I also made over a pair of suede shoes. 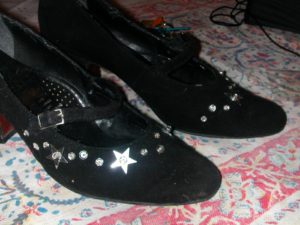